My initial pursuit of a clinical trial came to an abrupt end at Mayo Clinic last week. After wasting a few months thinking my oncologist was taking the next steps for me by communicating with an oncologist at Mayo, it was made clear (much to my frustration and disappointment) that nothing was happening beyond some friendly professional exchanges and the talk of enrolling me in a "quickly filling trial."

It wasn't until my infusion room pharmacist got involved, made a call, and put me on the right path that the ball actually got rolling. I learned my first lesson in clinical trial advocacy - pursue it yourself.

Initially I was only mildly annoyed at the wasted time, and that annoyance was magnified ten fold last week when I finally made it to Mayo, only to be told that the trial they had been discussing filled its last slot only days before. The door at Mayo closed as soon as I had opened it.

Had my oncologist instructed to me to call on my own behalf back in February, and register as a patient at Mayo to initiate the clinical trial process, I would have been in that trial now.

I walked out of Mayo with a total buzz kill, and the next standard therapies being my only option. Those being Lonsurf and Strivarga, and they are not cancer killers. They are simply meant to enforce stability - meaning prevent the tumors from growing and prolong life. I liken this to treading water as long as you can before you tire out and drown. 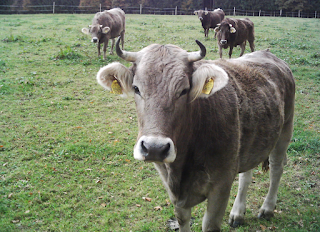 On Thursday morning I woke up to an email from a clinical trials nurse at Masonic Cancer Center at the University of Minnesota. This is where I'm treated, and my oncologist had referred me to her for a phase 1 trial involving a virus. In this case, a virus I'm now referring to as cow rabies because that's essentially what it is.

The concept is simple. They inject a genetically modified virus into your tumor, your immune system sees the virus (though it still can't see the cancer), enters the tumor to attack the virus, realizes it's in the midst of cancer, and attacks the cancer as well. This trial had phenomenal results in the fancy little (genetically modified to mimic the human immune system) mice, but so far has fallen a little short in humans.

And since everything at my house can be illustrated with Star Wars, it's like Luke chasing a Tie Fighter onto an unknown planet. In this hypothetical scene, Luke is so focused on pursuing the Tie Fighter, that he doesn't realize he actually stumbled upon an Imperial base. Once he realizes it, he calls for backup and starts to attack.

The perk of the trial is it's only 43 days, and there's always a chance I could be one of the few that actually does see results from it. Should it not work, I could move on to the next option, and in 43 days the next option may open up. They are specifically interested in filling slots with colorectal cancer patients, so there's a bed with my name.

My decision to proceed with this trial comes down to one more meeting and one more potential trial four hours away at the University of Wisconsin. I'm hopeful decisions will be made in the coming days, as there's a dose of some mad cow rabies disease (that will cause a rash on my udders) waiting for me at the University of Minnesota.

Dreamed up by Sarah DeBord at 1:01 PM