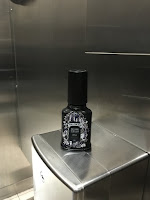 In March I wrote a guest blog for the very people that make pooping in public possible - Poo-pourri. If you follow me on Twitter, you'll know all about my undying love for a product that changed my life and the way I poop. I've introduced so many to its magic, and to this day most will freely talk about that first life-changing poo with Poo-pourri in their loo!

Poo-pourri gave me a chance to write about poop for an audience that was already clearly comfortable with the topic, but perhaps not as comfortable as I was about to make them.

Cancer: that dirty little word that’s almost as taboo to say as poo. But what happens when cancer has everything to do with poo? 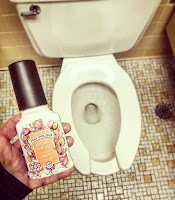 Each year, over 10,000 young adults are diagnosed with colon cancer—a number that is on the rise and expected to double in the next 15 years. For these unsuspecting under 50s, poop isn’t just a part of life—it becomes a way of life.
Most people associate colon (or colorectal) cancer with the over 50 crowd given the current recommended screening guidelines. And that’s the catch, colon cancer can be largely prevented through screening. With the sharp rise in people under 50 having a cancer associated with their grandparents, there are clearly going to be those impacted by colon cancer that don’t fit the current screening recommendations.
As much as we are preoccupied with the smell of our poop, we should also be engrossed in the appearance of it. That’s right, turn around and take a good long look at what’s in that bowl; it may be trying to tell you something.
The size, shape, color, consistency, and even ease (or lack of ease) with which it departs your other end says a lot about your health. Its delivery from your backside can speak in more ways than just noise. Every person has their own “normal.” But when is it not normal? And when does it mean it’s time to call up the good ol’ doctor?
The most commonly reported symptom of colon cancer is blood in the stool. (This is that part where we remind you to take a good long look at the deposit you’ve just made in the Porcelain Bank)
Blood in your stool (or on the toilet paper) is not normal. Regardless of its source, it shouldn’t be there. If you see it talk to a doctor about finding the cause. Now before you pull your pants up a little higher and buckle your belt a little tighter, remember that it’s all in a day’s work for these tried and true physicians of poo (aka: gastroenterologists).
Another warning sign? Any time there is change in your “normal” bowel habits take note. When the change doesn’t change back, it’s an indicator that something isn’t right. Is it thinner? A different color? A different consistency?
“Because we’re young, our symptoms are often ignored when we do go into the doctor,” says Vanessa Ghigliotty. Diagnosed over 15-years-ago at age 28, Vanessa has been working tirelessly since to advocate for colon cancer in young people. “Even when we want further tests, we’re told no because we’re too young to need it. Being proactive about our health often isn’t enough to get the diagnosis we need. Even when we know something is wrong, we are still having to fight to do what’s right for our bodies.” 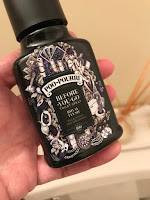 It’s also important to ask your family about their health history. Maybe not during a Thanksgiving feast, but take the time to learn any history of colon cancer or polyps in your family.
“Believe it or not, your family’s history with colon polyps and colon cancer can put you at risk, and may even mean you need to be screened below the recommended age of 50,” says Stacy Hurt, who was diagnosed with stage IV rectal cancer when she was 44. “Knowing your family’s history is so important. My dad had polyps removed but he didn’t think it was ‘a big deal,’ or that it would affect me. Have those discussions with your family members so you can be proactive.”
So what’s a concerned college coed to do? How can a tired thirty-something take action if they’re concerned about their poop?
Don’t be embarrassed. And don’t ignore the symptoms. If you aren’t satisfied with the response you get from one doctor, get a second opinion. If symptoms don’t improve, continue advocating for your own health.
Look at your poop, know your poop, and listen to you poop. It may be trying to tell you something important to your health.
FACTS ABOUT YOUNG ONSET COLON CANCER:
For more information about signs and symptoms, and young onset colon cancer, visit www.coloncancercoalition.org.

Dreamed up by Sarah DeBord at 6:43 PM

You are doing a great job!

Thanks for your braveness and honesty! You are indeed a great person! I am so upset over hearing more news of cancer coming back to people who fought it and won, for a time, it shouldn't be that way! You fight it once and it should be done. Cancer is so cruel...