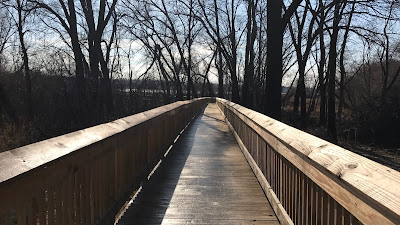 Death is inevitable, and for those of us in the metastatic cancer world, it might be a little more inevitable than for others. Not that any one of us can't walk out the front door today and get hit by a bus, but I think people with cancer take a far longer look at mortality than the average Joe.

Working in the cancer world has brought some of the most amazing people across my path. I've gotten to know, and if fortunate, meet people that knock my skinny jeans right off of me. These are people that don't have the years or rounds of treatment under their belt that I have, but wake up every day with greater challenges than I have ever known on this path.

My dear friend Marvin once casually asked me what type of pain meds I took. Mildly confused, I told him I didn't own any, but I guess I would buy Advil if I needed it. What he quickly made me understand was that he wasn't asking what I took to get rid of the occasional caffeine headache, but to deal with the pain caused by my cancer.

I felt guilty having to tell him that I'd never had any pain.

It never occurred to me that some of these people that surround me weren't totally like me. They didn't get up everyday and have to remind themselves that they happen to have cancer while running around like the Energizer Bunny. They get up every day and are reminded by their own bodies that they have cancer. I don't have to put on a brave face, as I don't feel like I'm doing anything that requires bravery. But to get up everyday and constantly be reminded by your own body that there is something evil inside making everyday moments miserable - that takes guts.

As enriched and blessed as I have been to have met my people, there is that horrible downside. Many are on a path far steeper than my own, and I often times don't even realize it. 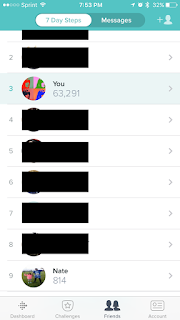 I've had to grieve the news of yet another friend whose death came as a complete shock. We met through Facebook, and it didn't take long for us both to realize that we were avid lovers of fresh air, mind-clearing walks, the power of the great outdoors, and our FitBits. Weekly I'd expect a FitBit challenge from him, usually to see who could get the most steps in each week. Given that we were both on active treatment, it was nice to find someone like myself who possessed the willpower to push the fatigue aside to hit the open road.

We'd often swap photos from our walks and hikes - him comparing the rural Pacific Northwest to my urban trails of Minneapolis. Though half a country apart, I always felt like I had a hiking companion right beside me as I ventured out solo on the trails.

When I left the metastatic colorectal cancer conference in Arizona last month, I hugged people knowing I may not see them ever again. That's just the reality of this world, and the price you have to pay to be in it. But when I hugged him, I never imagined it would be both our first and last time meeting. We immediately started discussing plans to see each other again in the spring at another conference - a conversation that continued into the next week.

As I type this, it's been a week since he passed. I've been monitoring my list of friends on my FitBit app, and watched as his step count has slowly declined. I know I will look soon enough and he won't be there. This is his end of watch.

I had the privilege of attending his funeral over the weekend, and though I was only there for an hour, I know it did wonders for my soul to attend and to hug his wife. During the service someone mentioned him walking despite the pain, and it further impressed me to know one more person who silently suffered for the sake of inspiring others. He never complained or mentioned pain to me, but he was always right there to walk with me and push others forward. 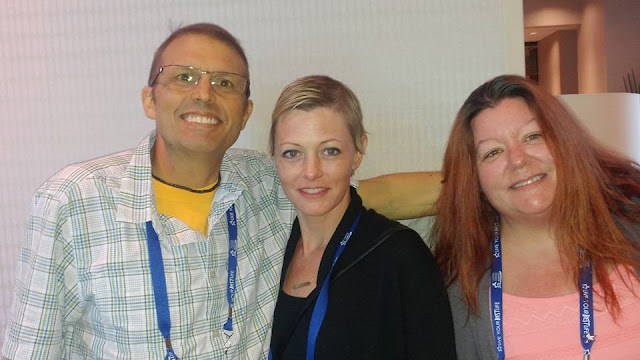 Dreamed up by Sarah DeBord at 8:42 AM