The day I got bangs cut on my wig was the best. For once, I felt like that faux-hair looked a little less like a wig, and more like a banging' hair style I could never pull off thanks to those 2 God-given cowlicks I have right in front.

I came home from the salon, whipped up some homemade nuggets for the kids, opened the oven and put them in. Little did I know that whole warning about heat and my fake hair extended beyond hair dryers and flat irons!

I singed my bangs, and subsequently spent hours with a tiny pair of beard trimmers trying to salvage what left of my own, personal Zoey Deschanel moment.

That was 18 months ago, and I've just never loved the wig the same since.

It's a good thing we had such a detached relationship. It lessened the disappointment when I opened the washing machine and realized I had carelessly chucked my wig in while unpacking my suitcase from my recent trip to DC. Apparently carefully wrapping it in a t-shirt for the trip home in my suitcase wasn't the best idea after all.

Out of the washing machine came what can only be likened to road kill that had been shoveled off the asphalt. As I walked down the stairs with my dead pet, I noticed Merrick sitting so quietly at the bar, and couldn't pass up the opportunity. I squatted low, screamed "DEAD CAT!" and chucked the matted mess at him.

I'm sure he was traumatized enough that he'll have to add this to the list of all the other issues he's going to be working through with his future therapist.

Clarice the Wig will be buried next to that dead bunny the kids found when the snow melted. May they keep each other company on the other side. 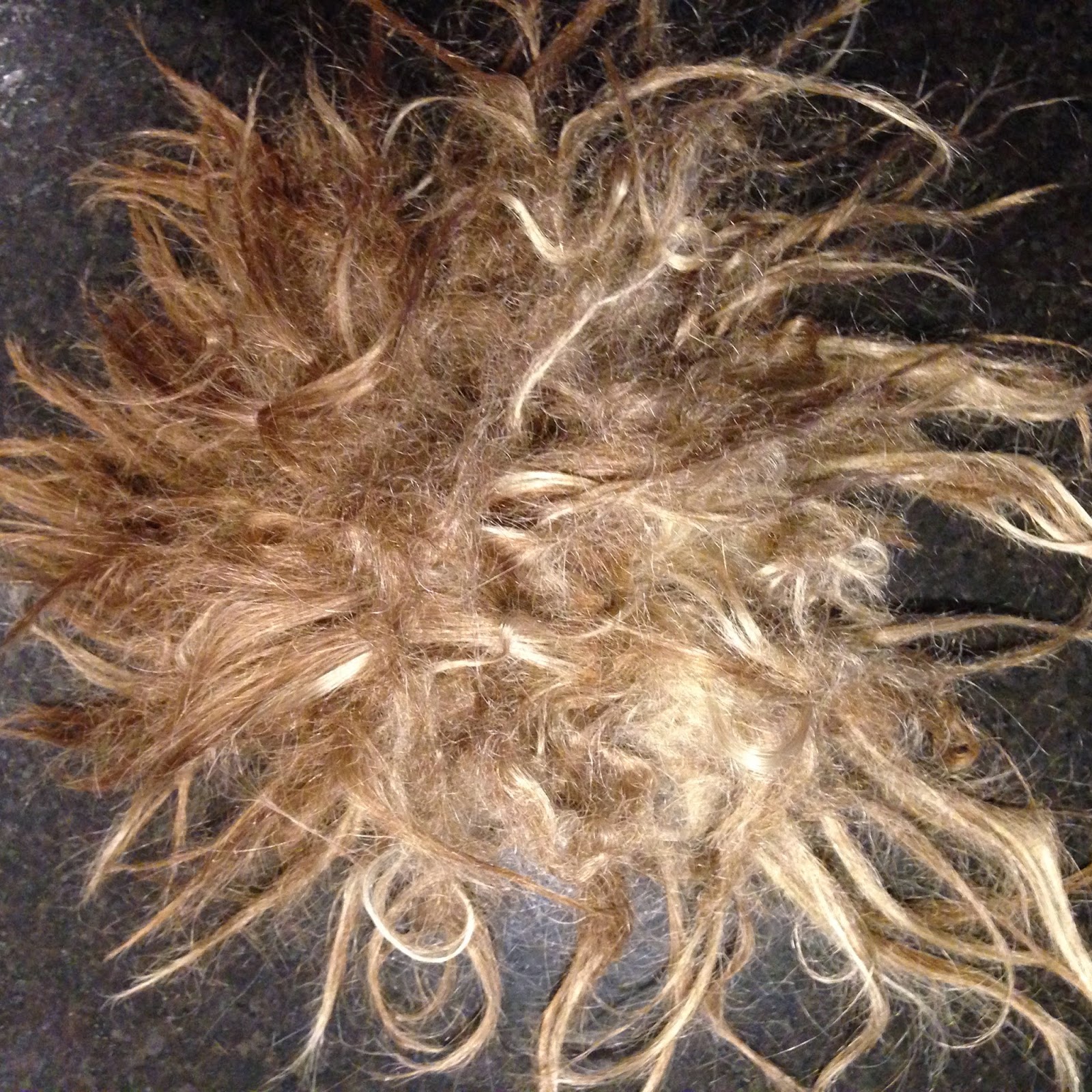 Dreamed up by Sarah DeBord at 7:22 PM

Oh no--you killed your pet wig! Too funny Sarah. I never knew that could happen either.

Fedex delivered her identical twin brother today. Once I get through this next treatment, to the salon for bangs I will go!

And speaking of dead bunny - Apparently, Sophie mangled a baby bunny (right around Easter #timing) and the kids got to see it. Ella kept talking about how Sophie killed a bunny and how it was dead, just a matter of fact as you can get. It was really sad/weird/traumatizing. And a little concerning since Sophie barely moves a muscle at home, so we always think she wouldn't hurt a fly. lol.

Knowing you, I am surprised you didn't try an wear it!!! 😉

Oh no. I can imagine you carefully wrapping it up too.