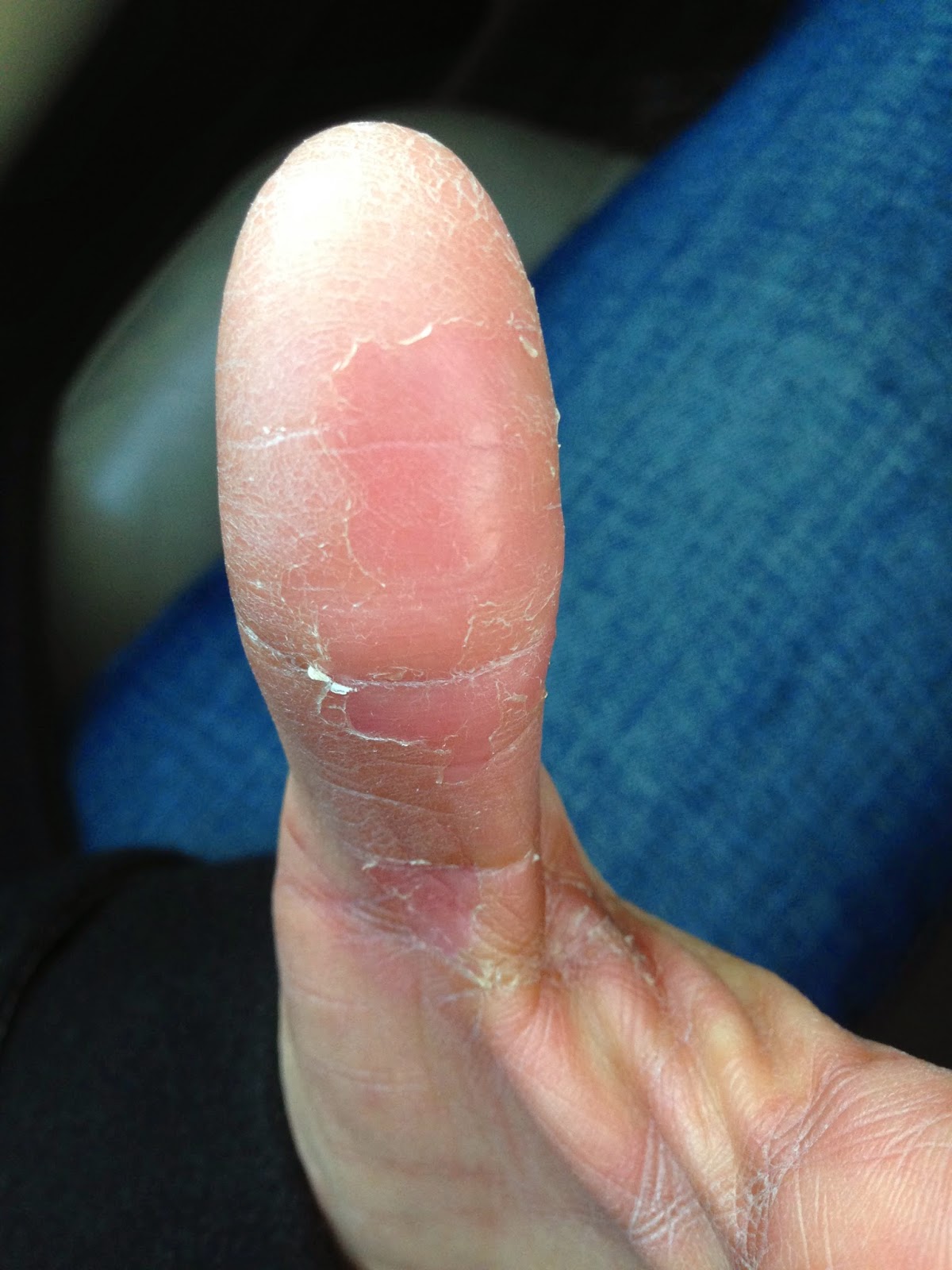 I came across a message board where a fellow Xeloda swallower said she actually lost her fingerprints due to the continual shedding of large chucks of skin from her fingers. I'd believe it. Especially now that I'm on the other side of what has been a very long and uncomfortable week. 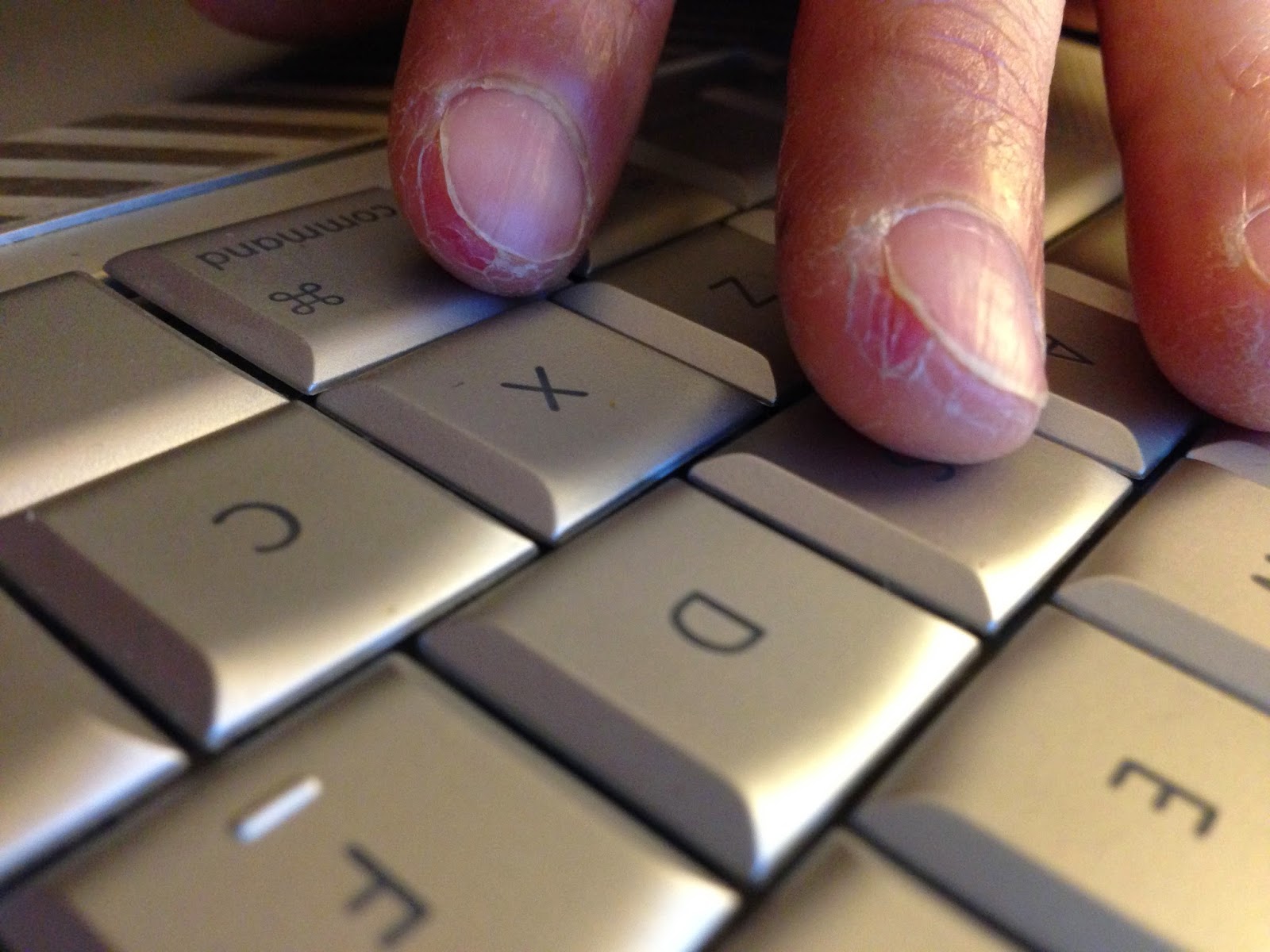 Though I've talked about peeling hands and feet from the beginning, I've suffered from what I'm now considering a very mild case of hand/foot syndrome. I'm officially taking back every complaint I ever uttered. Last week sh*t got real, and I'm only allowed to use words like that because my hands and feet have been to hell and back in the last 7 days.

One night I couldn't bear the discomfort of slipping my cracked, sensitive, Bag Balm-coated, vitamin E-soaked hands into that cheap pair of knit gloves I picked up at Target, so I wrapped them in gauze and slept like a mummy. And last night the entire pad of my left foot decided it was time to peeled off in such a massive chunk, that Merrick regretted not buying that microscope he's been wanting so he could study the dead sheet of skin in detail. I also considered leaving the massive chunk of skin attached to my foot, and using the pocket it created to store additional nuts for the remainder of winter. Or hide money from potential muggers.

Of course I took a photo. I'll save you from mild regurgitation and not show you the one with the entire ball of my foot falling off. I'll just show you the end result. It's so satisfying for me. Partly because it doesn't hurt at all now. And partly because this is the glorious end result of me walking around in Uggs and fuzzy dollar bin socks for the last few weeks. 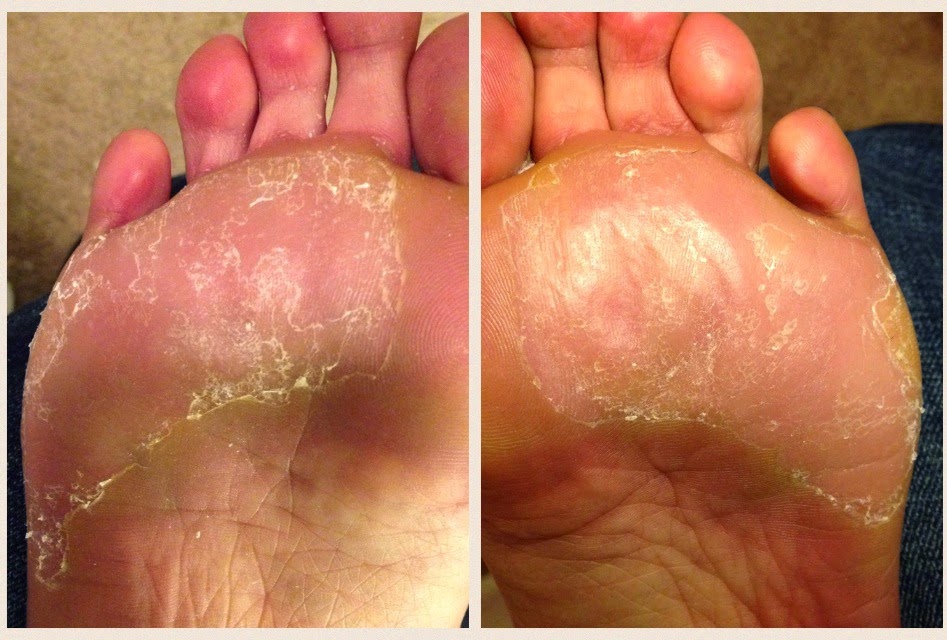 Curiosity killed this cat, and I finally had to know what exactly was causing my hands and feet to get a staring roll on The Walking Dead. I assumed it was the excessive killing off of healthy skin cells, since chemo just LOVES to kill all the good stuff. But I was wrong, sort of.

Apparently there is no answer, just a bunch of theories. So I'll lump this in with the Loch Ness Monster, the true color of my hair, and which way the toilet paper roll is really supposed to go.

The most popular thought has to do with capillaries in your hands and feet breaking due to use, pressure, and friction. This in turn causes an inflammatory reaction, that then leaks some of that tasty pill poison into the general area of my palms and feet. It's just tasty all around, and creates a most unsexy, most sensitive, most raw, most painful result on two areas of your body you can't help but use.

I don't know if it's going to continue to get worse with each round, or I just need to be a little more proactive in the attention I pay to my extremities. But for now, there will be no nail polish drawing attention to my hands, and for once I'm grateful flip flop season is still a few months away.

The Measles are Coming

Just so you don't freak out, this is not a blog about children and vaccines. I'm not remotely interested in touching that subject with a 10 foot responsibly harvested pole. This is a blog about immunocompromised adults and the measles.

It's taken a few months and several doctors to finally figure out my status with that measles booster I had 20 years ago on my way to college. I started asking long before Disneyland erupted into the least magical place on earth, and it took 3 doctor's not knowing and a random Facebook post before I finally had my answer.

Knowing that there were small pockets of measles here and there, I thought it might be nice to know that my immunities were up to date as I venture back into the mystical Land of Neutropenia in a few weeks.

After asking my most recent doctors about my own status, I was surprised to walk away without a clear answer on my own immunity and what I should do to make sure I was protected. This is where you become your own best advocate.

If I was a normal, healthy adult, I would take my chances and hope that the resulting antibodies produced 20 years ago were still performing synchronized swimming sessions in my blood stream. But I'm not, and if you're also immunocompromised, you should pay attention.

After being failed by the above mentioned doctors, it was an "Ask a Physician's Assistant" night on a local new station's Facebook page that finally saved the day. It caught my eye immediately, and the first question was asked by a women who was a recent organ transplant recipient, and a fellow immunocompromisee. She had the same concern I did. Sure, there were boosters in our pasts, but were those boosters still effective enough to protect those of us with useless immune systems should we cross paths with the highly infectious measles?

Thanks to this PA and social media, I learned that there is a simple blood test that can determine your immunities. Go figure. You might think most doctors working with immunocompromised patients might suggest this? Especially around here, where a case of measles appeared at our local university last week.

I'm not concerned about the general population and their take on vaccinating their healthy bodies. I'm concerned about a very contagious disease that has the potential to kill me and my frail immune system, and I want to do what I can to protect myself. Do you think someone intentionally filling her body with some of the worst sh*t there is really cares about the additional toxins in a vaccine she's getting? No. She cares about staying alive.

20 years, 1 blood draw, and 48 hours later I can proudly say I'm still walking around with the measles antibodies, and have avoided yet another shot.