A Girl Who Happens to Have Cancer

The chemo drug that I have been on since day one (5-FU) comes in pill form. It's called Xeloda, and it's a doozy - not only in power, but in size. And when I say size, if it's bigger than an Advil and doesn't come in chewable form, it's considered large by my standards.

Before you throw your hands up in outrage and want to throw rotten fruit at me for getting my chemo infused rather than taking a pill, let me explain a few things.

I HATE taking pills. I'm sitting here with a stuffed up nose, and would rather type with one watery eye half closed, than get up and go take a giant DayQuil gel cap. But that's really not an excuse. Of course I would rather take handfuls of DayQuil over an infusion and a pump. There's no pill so large that a nice glass of chocolate milk can't get down without gagging (mostly). But the doctors of my past haven't exactly been pill pushers. I mean, what doctor isn't a pill pusher? They just haven't pushed this pill for various reasons.

Oncologist #1: He didn't want me to take the pill because he couldn't "control" my taking of it. That means he had no way of knowing for sure if I was really taking my daily dose, and preferred I come in for my infusions. Fine. I wanted to do it by the book and as recommended by my doctor in the early days. I understood that with an infusion, he was guaranteed that I was getting the chemo I needed, when I needed it. Not the case with some pill I take at home. At the time I thought I had signed up for 12, and only 12 rounds of full dose chemo. Taking it in pill form was the least of my concerns. 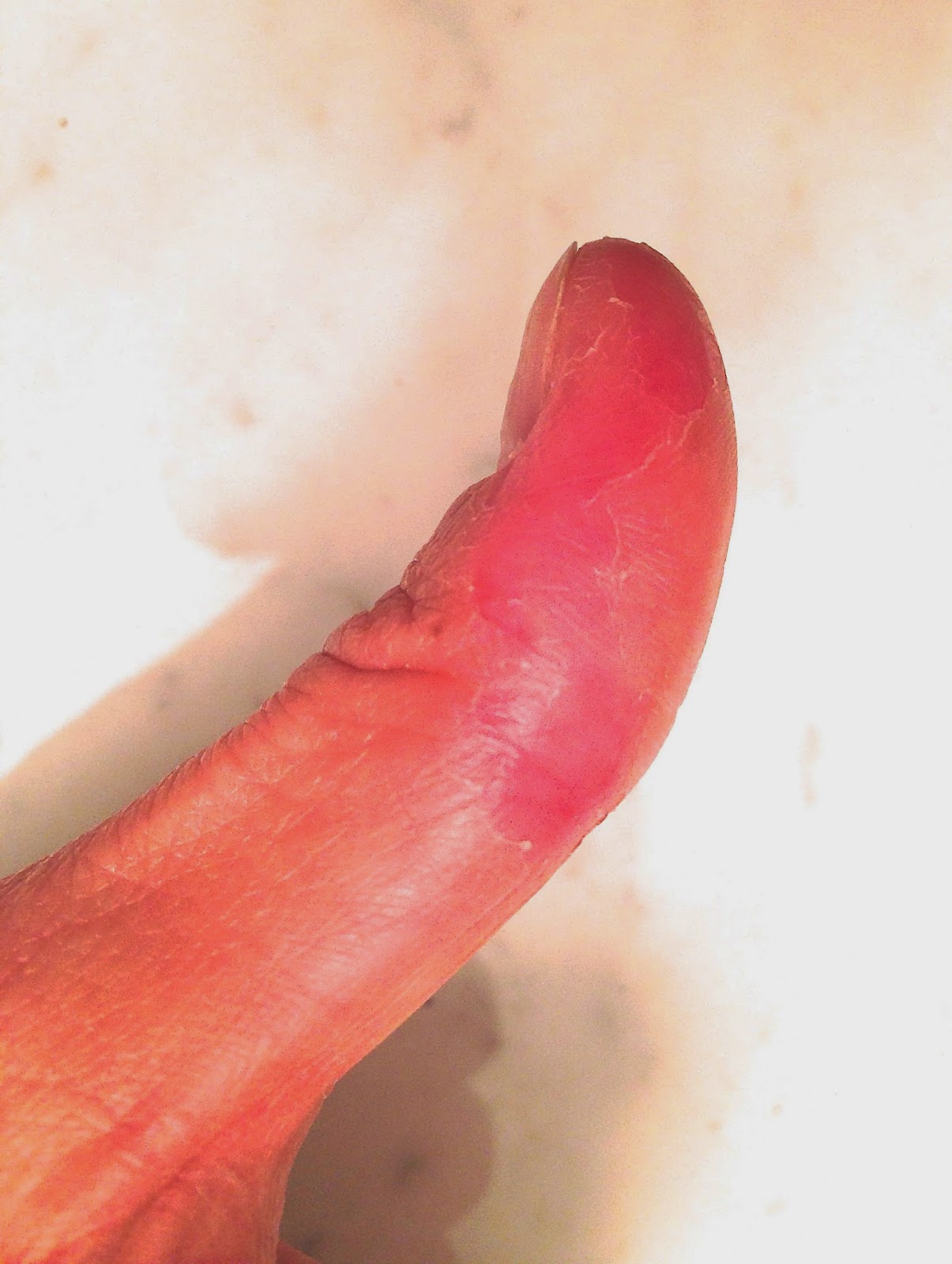 Oncologist #2: He has mentioned the pill, but knows my lame aversion to taking horse pills. He also has hesitations over the side effects. Nothing I don't currently deal with now, but I think that whole bit about my hands and feel rotting off just gets taken up a notch with the pill. And considering I have to tend to them daily with tiny clippers, Neosporin and bandaids, I guess I could understand his reasoning. He also brought up the out-of-pocket expense of a specialty drug, but I think I can easily justify that if it means life without the pump. Overall, it's safe to say he's not a fan for his own reasons, and has avoided the option. 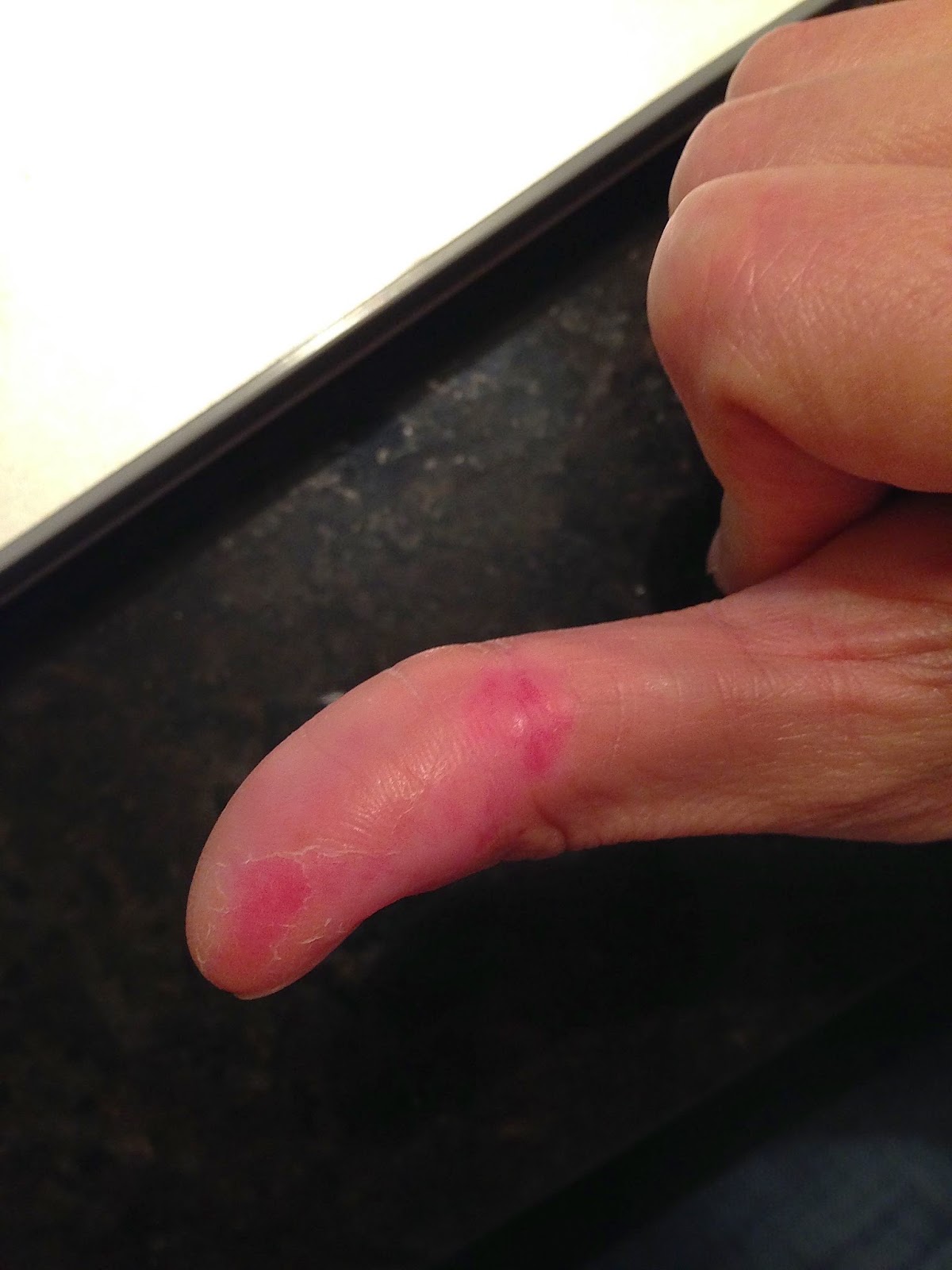 Oncologist #2.5: She was all about the pill. She actually listened when I said I was sick of going about my normal, daily life with a fanny pack. I can walk out after 45 minutes (Avastin must still be infused) and continue on with my day as if nothing ever happened. But that damn pump. It's just an annoying, constant reminder that my life sucks for 2 days every other week. Sure, my hands and feet might rot off, but that's going to be far less noticeable than a tube coming out of my chest and a fanny pack.

I have one more round with the infusion pump scheduled after Thanksgiving with my current oncologist, then I'm breaking up and moving on.

I remind myself that most of the American population probably takes more mediation than this on a daily basis, and they can manage. I'm just looking forward to the freedom it will bring, a break from that damn pump, a doctor that doesn't give me grief for taking it, and spending every week walking around like a completely normal person. I almost feel like I can go back to being a girl...who just happens to have cancer.


Dreamed up by Sarah DeBord at 5:23 PM No comments:

Not that anyone reading this has ever done this, but I'm sure you've all at least heard about it happening to other people.

You know the time that gossipy email was accidentally sent to the very person being gossiped about? Or the time that personal email went out to the entire company? Or the time you butt-dialed someone and they heard you talking smack about them?

My situation isn't that extreme, but it is one that forced a conversation before I wanted to have it.

It seems my second opinion doctor forgot to ask me (or I forgot to mention) that our most recent meeting was clandestine, and to not forward her notes to my current oncologist. We've had this arrangement in the past. I was still dancing around the idea of how one breaks up with their doctor, and would ideally have a plan in place before even broaching the subject with him.

Much like the email being sent to the wrong person, her notes from our visit were sent to my current doctor. Oops.

He became very aware that I was not only cheating, but (potentially) leaving. And I know this because he left me a very awkward voicemail, which I promptly ignored.

But bright and early Monday morning, there I sat in an exam room, knowing that uncomfortable conversations were about to be had, some truths told, and ultimately the groundwork laid for our break-up.

In all fairness to him, I wanted to explain why I was seeking a second opinion, and very much considering a move to a new doctor (which he labeled as his competition and tried to one-up in that awkward voicemail). Everyone is entitled to constructive feedback, even doctors who may not want to hear it.

The catch to giving constructive feedback is giving it to someone who is good at listening, especially when that feedback is all about how they don't listen - that whole being heard without really being heard thing.

So there I sat, trying desperately to interrupt him and tell him that I didn't feel he listened to me, while he continued talking over me. I play the scene out over and over in my head, because it alone was all the confirmation I needed that it was time to move on.

My Pet Wig and the News

As I alluded to in my last blog, I ventured over to the Colon Cancer Coalition to participate in an interview with Channel 12 regarding colon cancer and release of Cologuard to the market.

My wig behaved, mostly. But that Southern twang? Not so sure about that.

It was awesome to enter the epicenter of an organization that puts on 50 races a year to raise funds for colon cancer. 50! All over the country.  Don't have a Get Your Rear in Gear in your town? Then start one!

Thanks to Channel 12 and Delane Cleveland for taking the time out to raise awareness for colon cancer and the newest screening option on the market.


CLICK HERE to read and watch the news story for Channel 12.

Cologuard is on the Market

I probably don't talk about colon cancer screening and prevention as often as I should on this blog. I'm assuming that's because I'm not the typical case.

So let's look at these random facts that I pulled off the vast World Wide Web from reputable places like the CDC and the American Cancer Society.

I'm sure most people put off getting their recommended colonoscopy for the same reason they put off any preventative health screening. It takes time, effort and nakedness. But I like to remind everyone that a few moments of shame and exposure could prevent you from a lifetime of shame and exposure.

So whatever excuse you're giving me as to why you haven't had a colonoscopy, or you will give me when the time comes, forget about it. Your excuse has always been invalid, but now it's extremely invalid.

As of last week, an at-home, FDA-approved, screening kit is available to you thanks to the Mayo Clinic. That means behind your bathroom door, you can maintain your dignity and still take a huge step toward preventing colon cancer. It's as simple as asking for a sample of ice cream at the ice cream shop, only this isn't a flavor they would have.

Cologuard is a test kit that can be prescribed for you, the person over 50 with an average risk of developing colon cancer. That means if you have a family history, or other risk factors, you most likely need to take the traditional route for this one. Feel free to contact me for some tips, because I can assure you a colon prep can be far more exciting than they make it out to be.

You can use the kit in the privacy of your own home, and send it via UPS back to the lab for testing. I think UPS is going to single handedly answer their own question: "What can brown do for you?" by shipping these kits back. The results are returned to your doctor.

Here is how the Cologuard website describes the magic:


Every day the lining of your colon naturally sheds cells. If you have cancer and precancer in your colon, abnormal cells shed into the colon, along with normal cells. The shedding cells are picked up by stool as it passes through your colon.
Cologuard uses advanced stool DNA technology to find DNA from these abnormal cells and hemoglobin from red blood cells.
Cologuard is not a genetic test because it does not provide information on inherited risk. Cologuard looks only for altered DNA associated with colon cancer and precancer.


In conjunction with the release of Cologuard, a local news station wanted to get the real scoop from none other than the Colon Cancer Coalition (the very people that put on the Get Your Rear in Gear 5K all over the country). I was privileged enough to be contacted by them to participate in the interview, as someone living colon cancer and going through (my beloved) chemo.

My pet wig was very nervous, as it had never been on television before.

But more on that later.