During the Spring, my let-me-get-a-second-opinion-doctor at the university agreed with my treatment plan for this summer - to do those 6 5 rounds of FOLFIRI and meet again after my concluding scans.

Those scans happened, I requested they be sent on to her, and she got them. I know she got them because she called me personally to ask if it was alright for her radiologist to reread them.

Considering I found the original report mildly ambiguous, with no satisfaction in the explanation coming from my current doctor, I gladly welcomed a second, and possibly more detailed understanding of what was really going on in my lungs. I also knew it would be coming from a doctor that wouldn't skip along the surface.

I knew not to expect bad news. I just wanted more precise news.

I looked forward to revisiting those talks that included less chemo, and more invasive options like RFA (radiofrequency ablation), and the far off chance of surgery. I also looked forward to sitting in front of a doctor who was listening to me, not just hearing me. After a year of being heard without really being heard, this was needed. I didn't realize how much it was needed until I hung up from that above mentioned call.

She called me, and that meant a lot.

As expected, there was nothing shocking about the new read on my last scans. But as hoped, the detail I desired was there. In summary, nothing magically shrunk. This I knew, but I had to wonder how disappointed I should be about it. Once again I had an oncologist sitting in front of me acting like my non-shrinking tumors were wonderful, when in my head I wasn't equating the word "wonderful" with growth. At least she didn't tell me I had "good stable disease." I think I might want to slap the next doctor that uses that line on me.

Clearly I still struggle with the idea of my wine glass being half-full in the eyes of oncology.

My ungrateful little attitude deserved nothing less than the doctor taking off her latex gloves and slapping me across the face a few times. Since February, the 2 largest (despite being very, very small) tumors in my lungs grew 2mm.

She even took out a ruler to remind me of how small 2mm is, and in reality there's probably even room for error given how small of a measurement and how accurate the scan can really be. Most oncologist wouldn't even bat an eyelash at 2mm in 7 months, so clearly I needed to simmer down and be happy.

Simmer down, girl, simmer down. I have chronic cancer, which means with the right management of the disease, I have many years ahead of me.

I didn't walk out with warm fuzzies and rays of hope for my unicorn-encrusted future, but I am once again reminded that I'm stuck in the slow lane of traffic, which is a great place to be if one must be stuck. My cancer is going nowhere fast, and that makes me one lucky girl.

As it stands now, I'll continue on with treatment as usual, and meet with a new oncologist (that she is referring me to on my side of town) within the university system. I know it's time for a change.

As far as non-chemo options go, they are still on the table - just not her table. She will box me up and ship me off to the Mayo Clinic for their opinion on things like RFA, SRBT and surgery. Because of the "innumerable nodules" that are so ambiguous and assumed by everyone else to be cancer, I might have to put forth a good fight and a better argument - but I've got those skills finely turned thanks to Merrick.

This week marks the 50th time I've sat in that overpriced recliner for an infusion. 50 big ones. 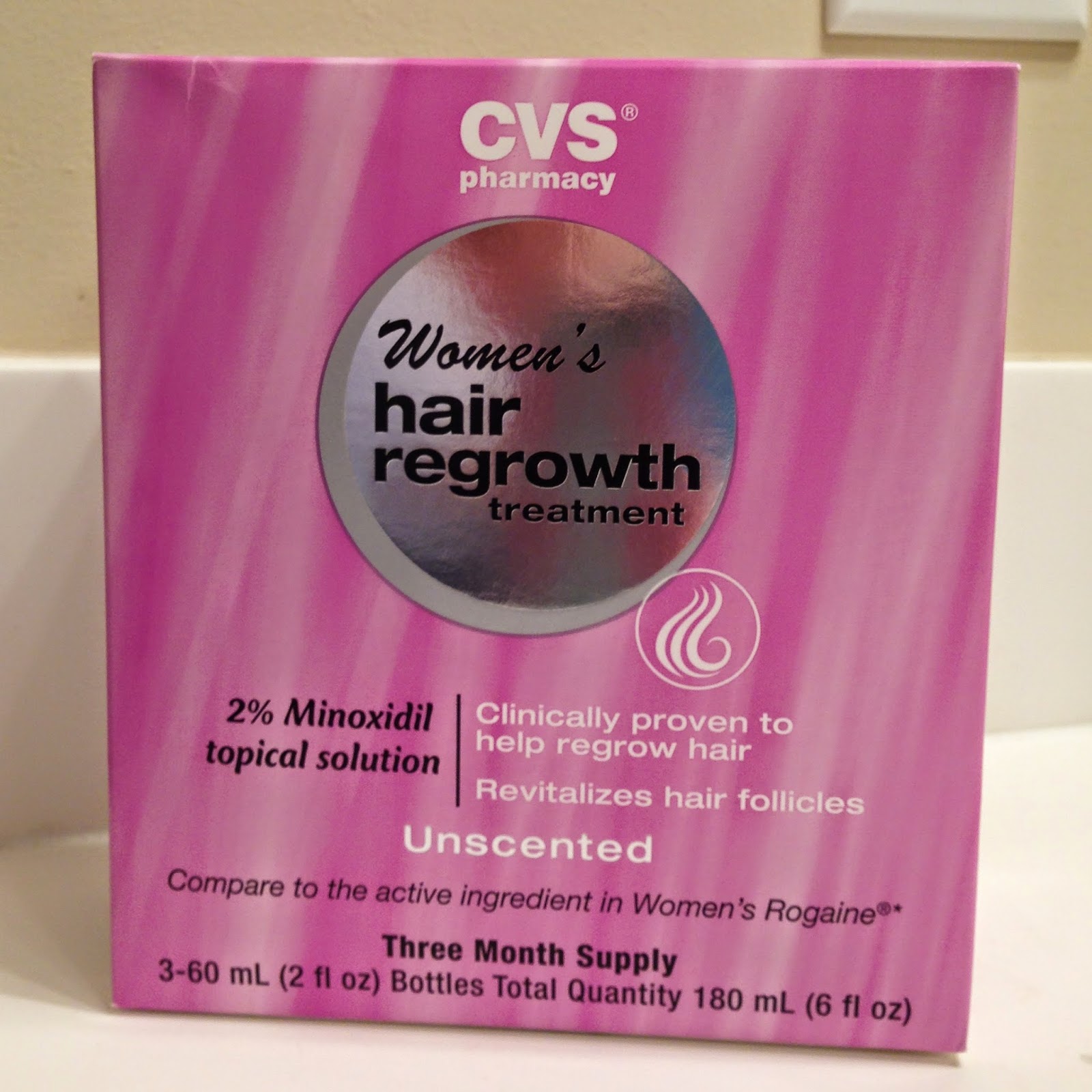 I'm not sure where I'm expected to put 50 rounds of chemo on my resume. And I'm not sure where it fits on my personal scale of gloating; somewhere between boasting and self-pitying disappointment, but there you have it.

And how is a girl like me expected to mark this personal milestone? With a box of Rogaine, of course. Doctor's orders.

It's been 9 weeks since my last FOLFIRI infusion, and I happened to complain to my doctor that my hair wasn't growing back in as quickly as it did last time. I even confessed to spending the last 3 weeks obsessing over it with a flashlight in hopes of finding a 5 o'clock shadow. Perhaps it's harder to tell since I still have some hair, but from the looks of it, there's no regrowth yet.

Regardless, my doctor had hardly finished his subtle self-confession about how well Rogaine works, when I jumped off the table and almost ran out the door to buy a box. I mean, I just heard a doctor's borderline endorsement of a product, did I not? Had it not been for that issue of People magazine waiting for me back to the infusion room, I might have forsaken treatment for my vanity.

And like any normal girl with an infusion pump in her fanny pack and a scalp coated in Rogaine, I had to throw on my favorite beanie and take the kids to Target. 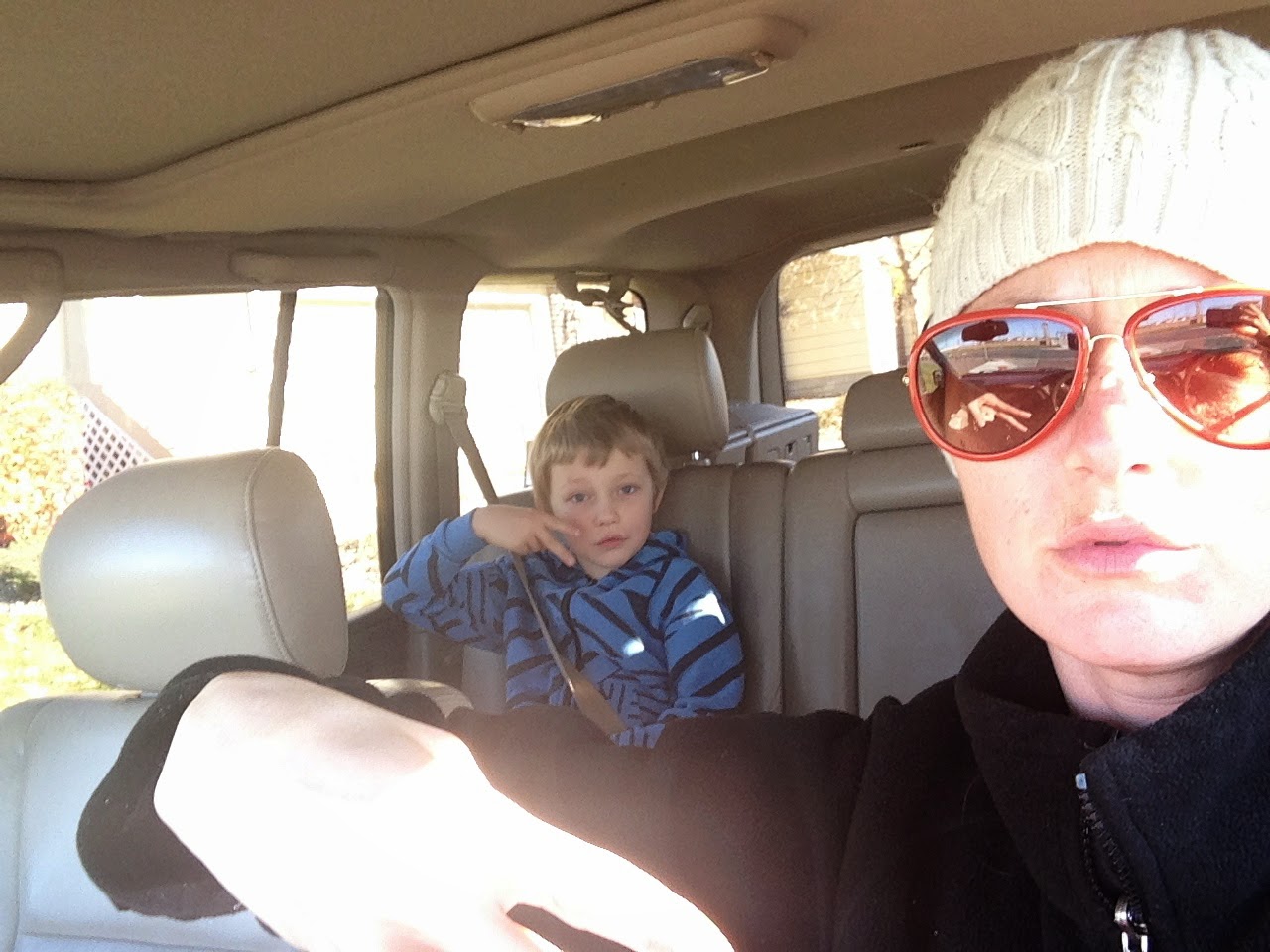 When Life Gives You Scars

While laying on the couch one day, Merrick looked over at my partially exposed stomach and said:

"So that's where I came out of your belly?

"Not exactly buddy. That's where they took the cancer out. You came out a little lower." And I motioned to the location of my faint c-section scar, made more obvious thanks to my colon resection, and a little something I like to call scar, on top of scar, on top of scar.

I've never tried to hide my body from my kids, and Merrick routinely tells me that he sees me naked "all the time." Not exactly. He may not have noticed that "all the time" has quickly become, "only when I have no other choice," after I caught him staring a little bit too long at one of those unnecessarily large Victoria's Secret posters in the mall one day.

I decided that from then on the female form might be taking on something a little more thought provoking, and perhaps he was at the age when the female body he lives with should become more of a mystery. Some of his observations about me where evolving into something a little bit too detailed for someone who will be wearing deodorant in less than 5 years.

And then there was that time when we were all changing from a swim in the family locker room at the gym.

"Is THAT where I came out of your body?"

Caught mid-dress, I looked down and quickly grabbed the nearest towel. I then lowered it just enough, and showed him the pencil thin scar that was made for his birth, and the slightly longer scar on top of it for Lachlan's birth, and then the fat little scar that crashed the little scar party during my colon resection.

And though I have no issues outside of my own extreme vanity with the scars themselves, I realized in that moment that I was looking at 3 life-giving moments that left their permanent mark on my body. For many cancer survivors, the scars left behind are debilitating, painful, embarrassing, or a constant reminder of what cancer took from them - be it their masculinity, their femininity, or a chunk out of their person as a whole.

It is a constant, visual reminder of the evils of a disease whose only intent is to take.

Those 2 pencil thin scars, though hardly noticeable, were where life emerged from my body. I could go deep into the bowels of parenting mush and talk about hearing a baby cry for the first time, or seeing a perfectly formed human emerge from your body and taking a breath of air. But you get it, those scars represent life.

And then I have this 3 inch incision running through my belly button. Though not quite pencil thin and perfect, it represents its own life. From that scar emerged cancer, and with the departure of that 3cm wad of tissue, I was handed back my life. So in a weird way, life emerged from that scar, too. And I find that empowering.

I'm not afraid to wear a bikini and let people stare. If they ask I will tell, but in the end a scar is a small price to pay for life.

Side note and unsolicited endorsement: Given that it's Breast Cancer Awareness Month, no once can avoid the explosion of pink that happens in an effort to raise awareness and money for the case. But there is no awareness more powerful than the scar. It speaks louder than any ribbon, NFL jersey or celebrity. I consider The SCAR Project one of those powerful voices.
Dreamed up by Sarah DeBord at 1:50 PM 2 comments: 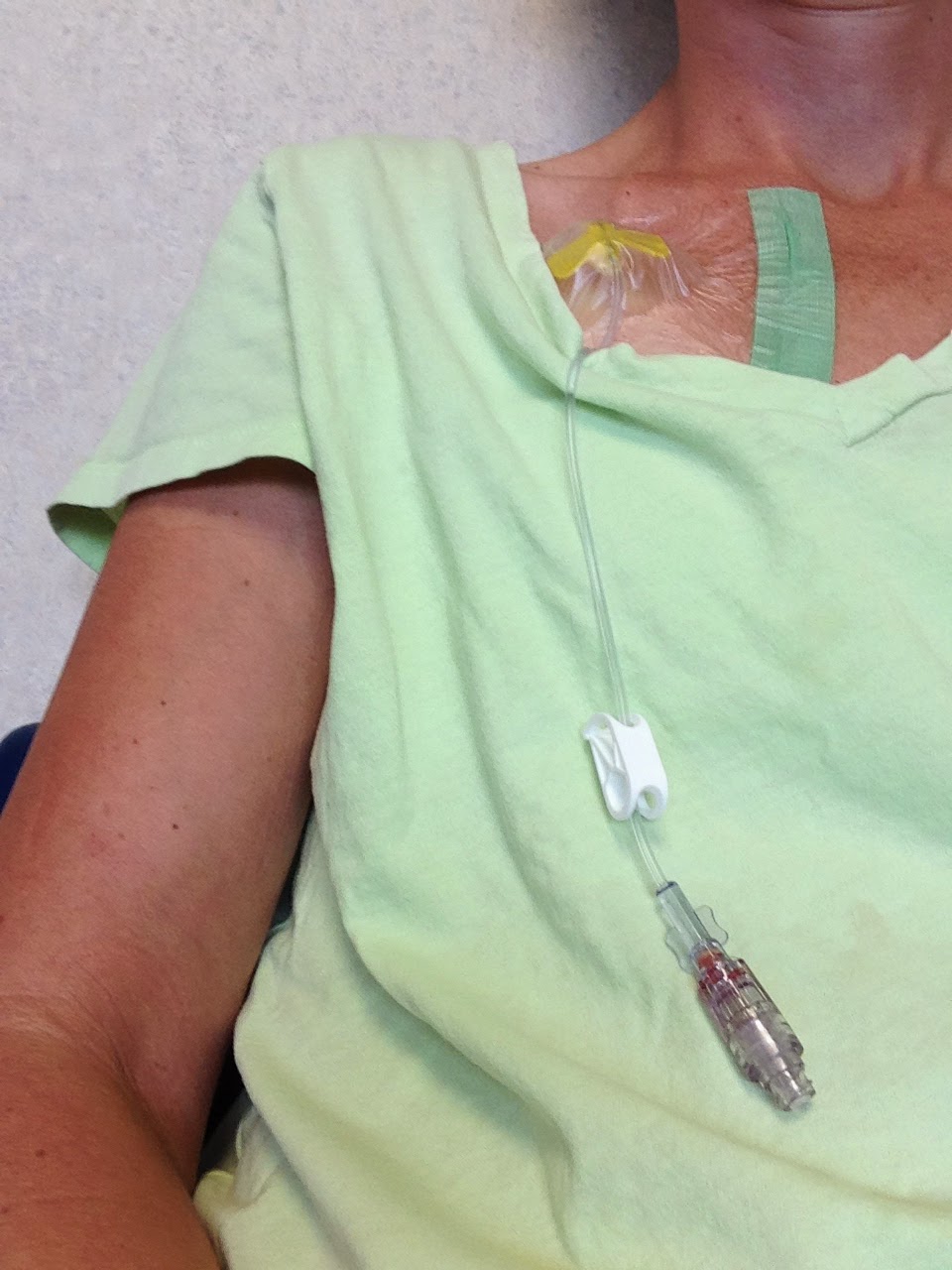 Port accessed. Waiting for infusion. And that's how it will stay for the next 2 days while I'm hooked up to my pump. 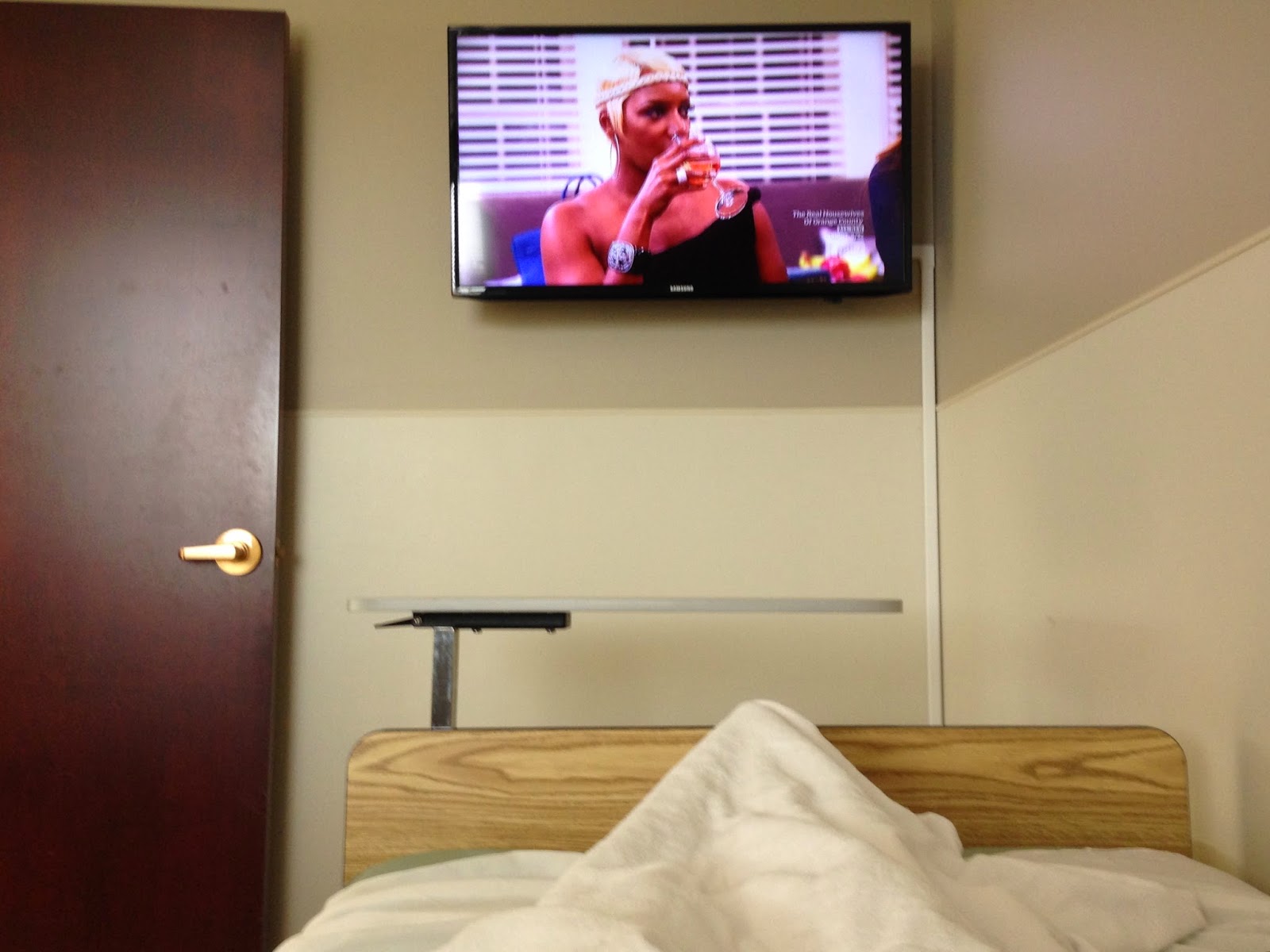 Scored the private room with a bed because there were no chairs available. And getting to spend time with Nene Leakes? The icing on the cake. 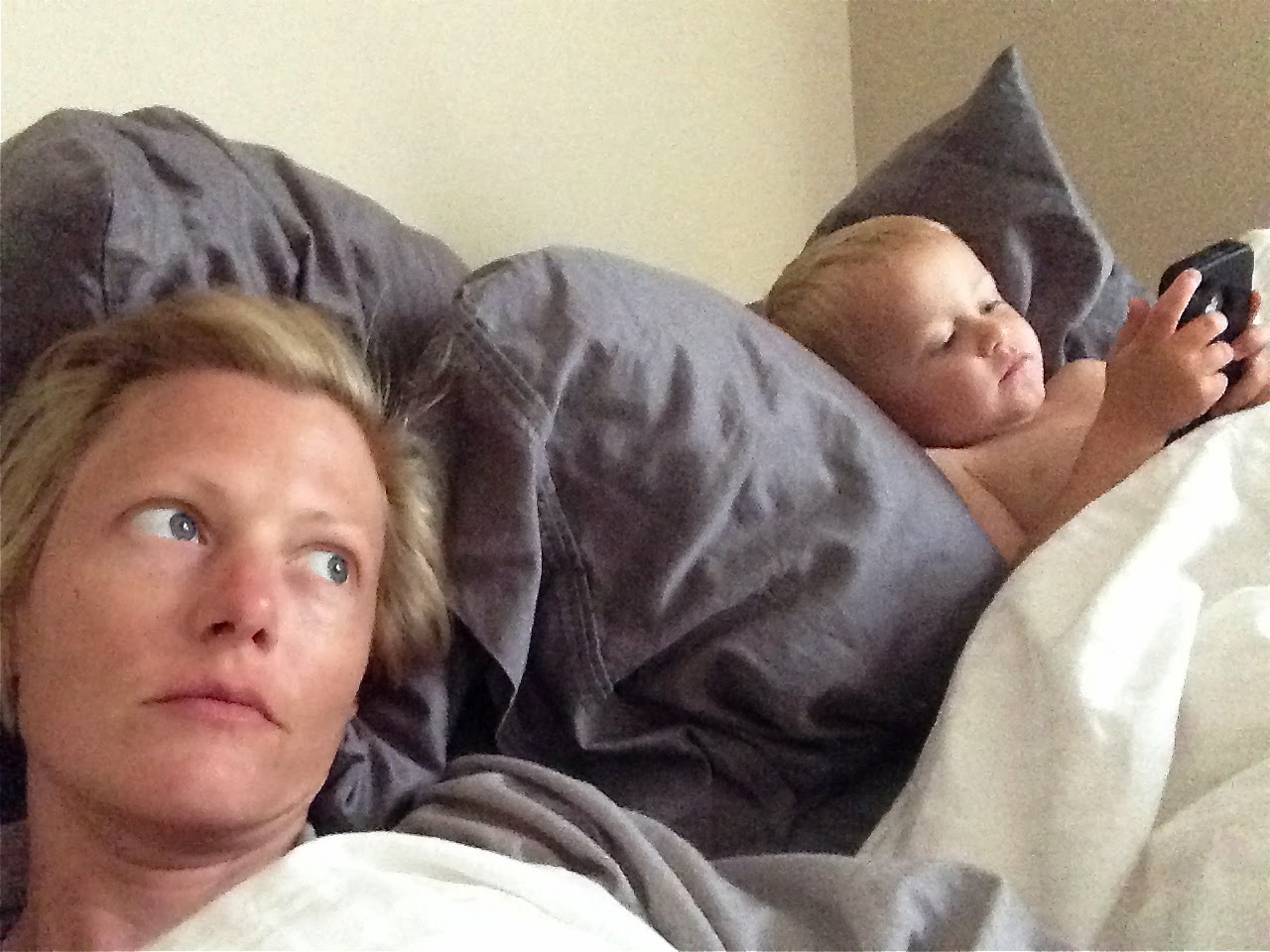 Parenting from the bed. How one survives motherhood during an infusion. #parentingfromthecouch 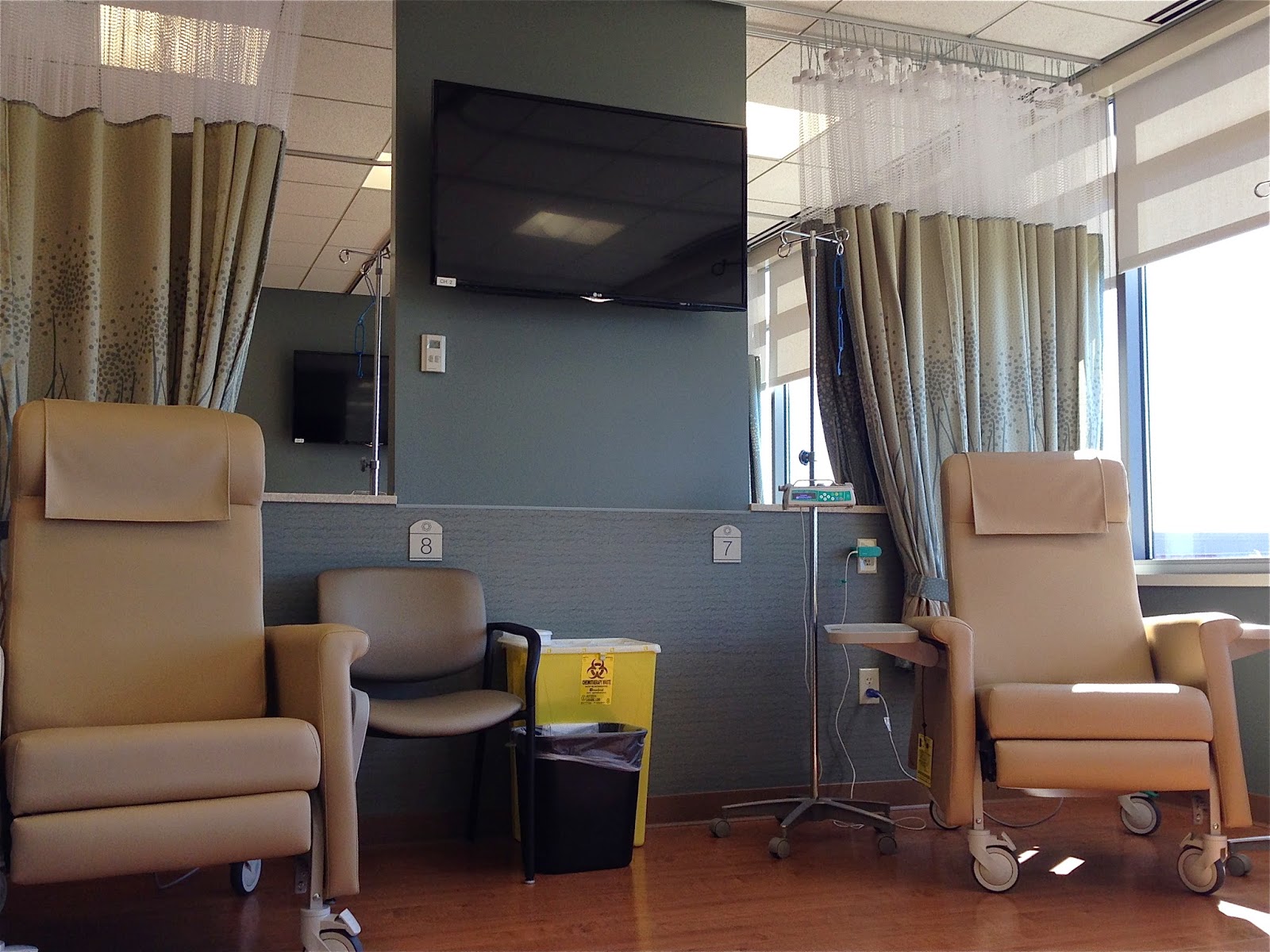 Brand new infusion room. The nicest and most peaceful one I've passed through. 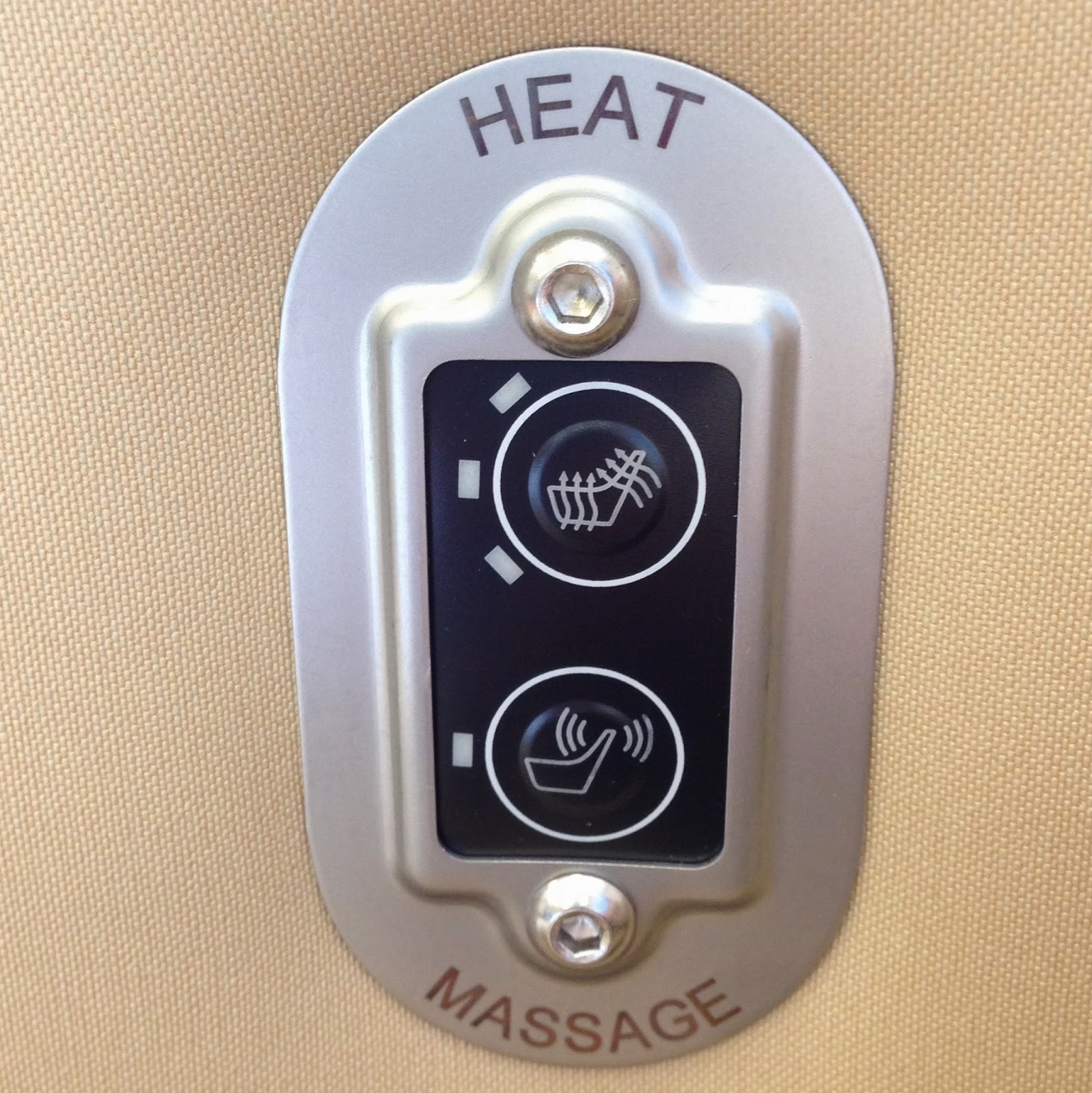 Brand new deluxe infusion chair. Am I here for a pedicure or an infusion? 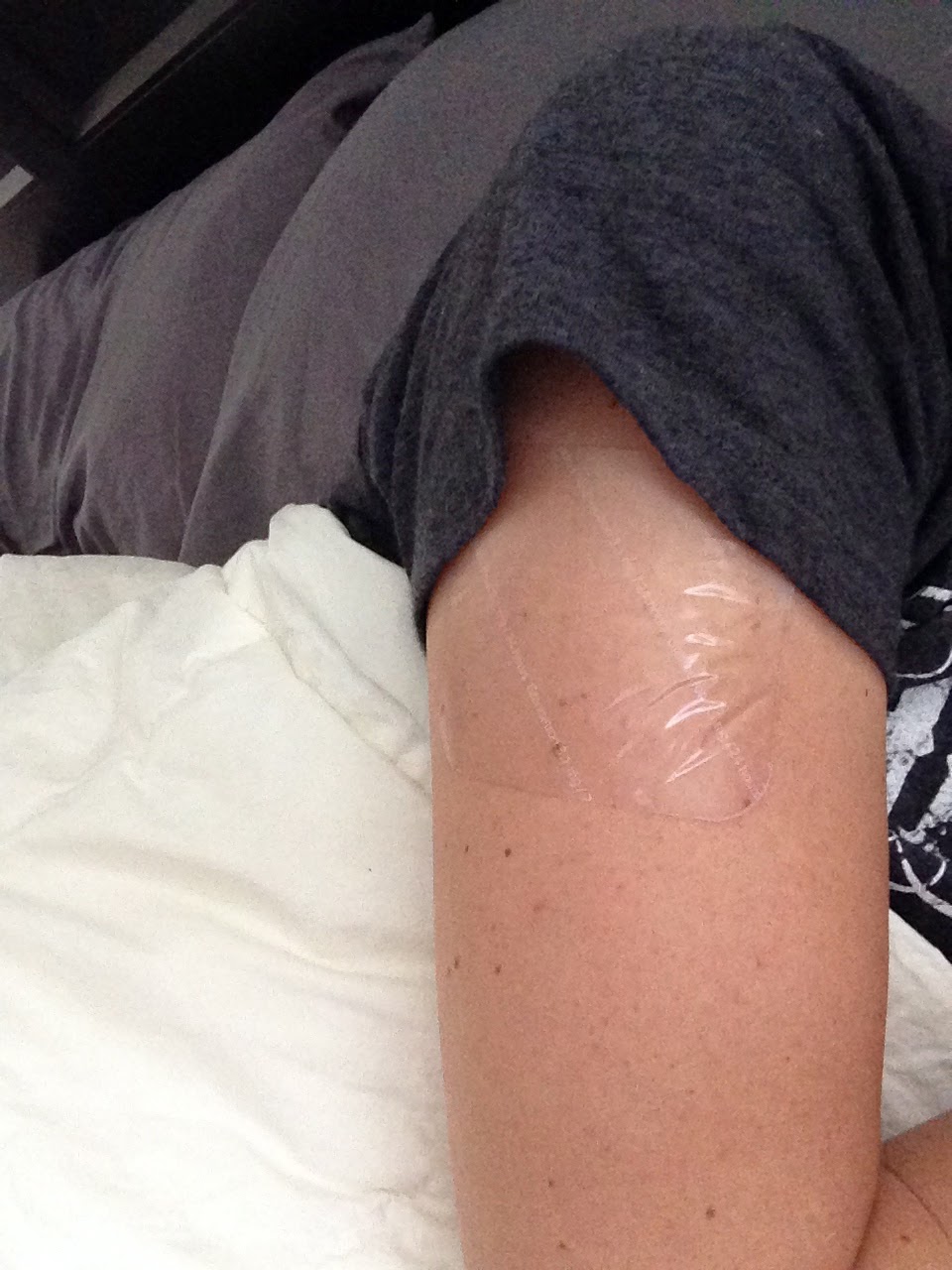 The nausea patch (Sancuso) to end all nausea patches, that did nothing to end my nausea or vomiting. 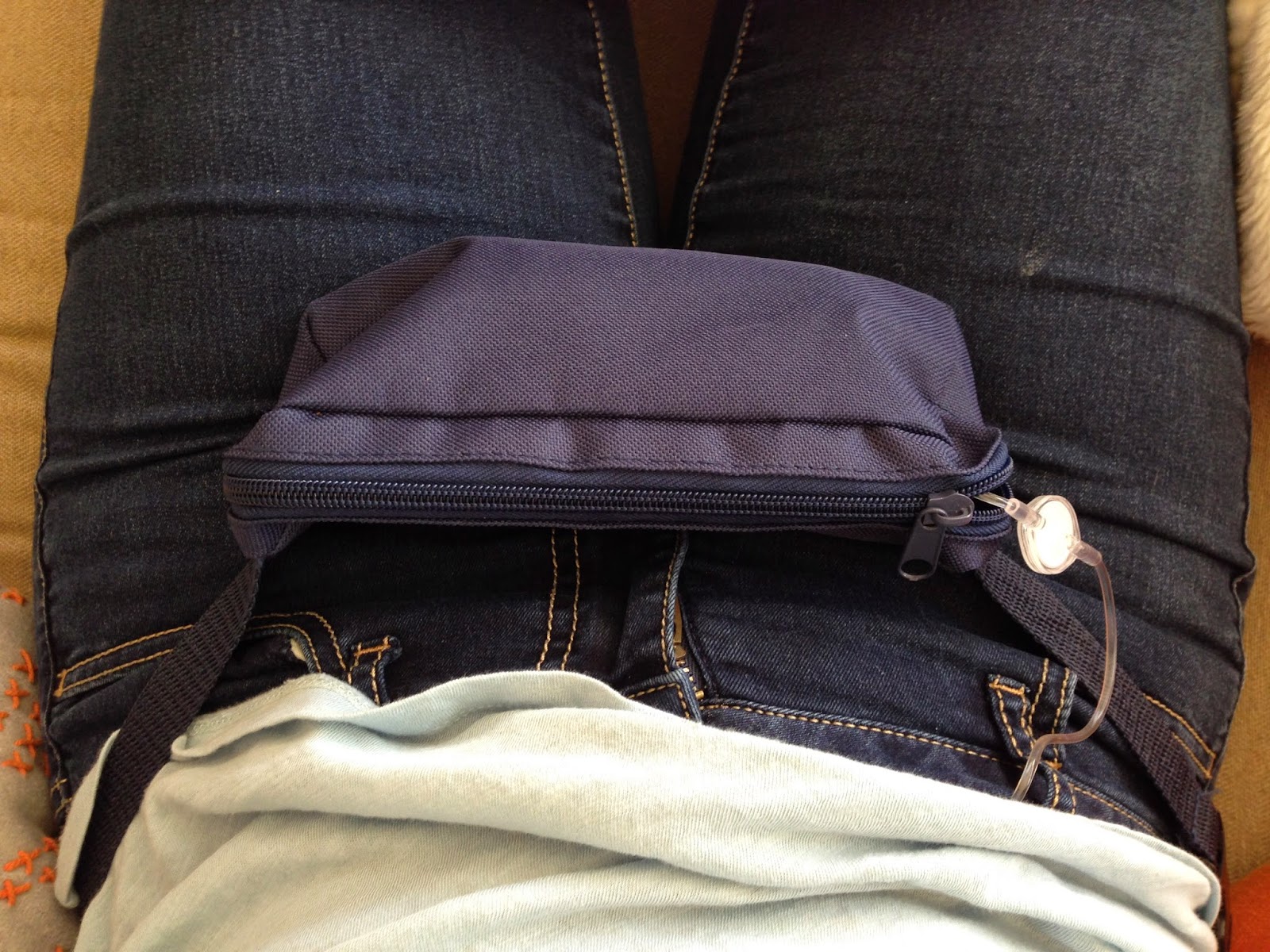 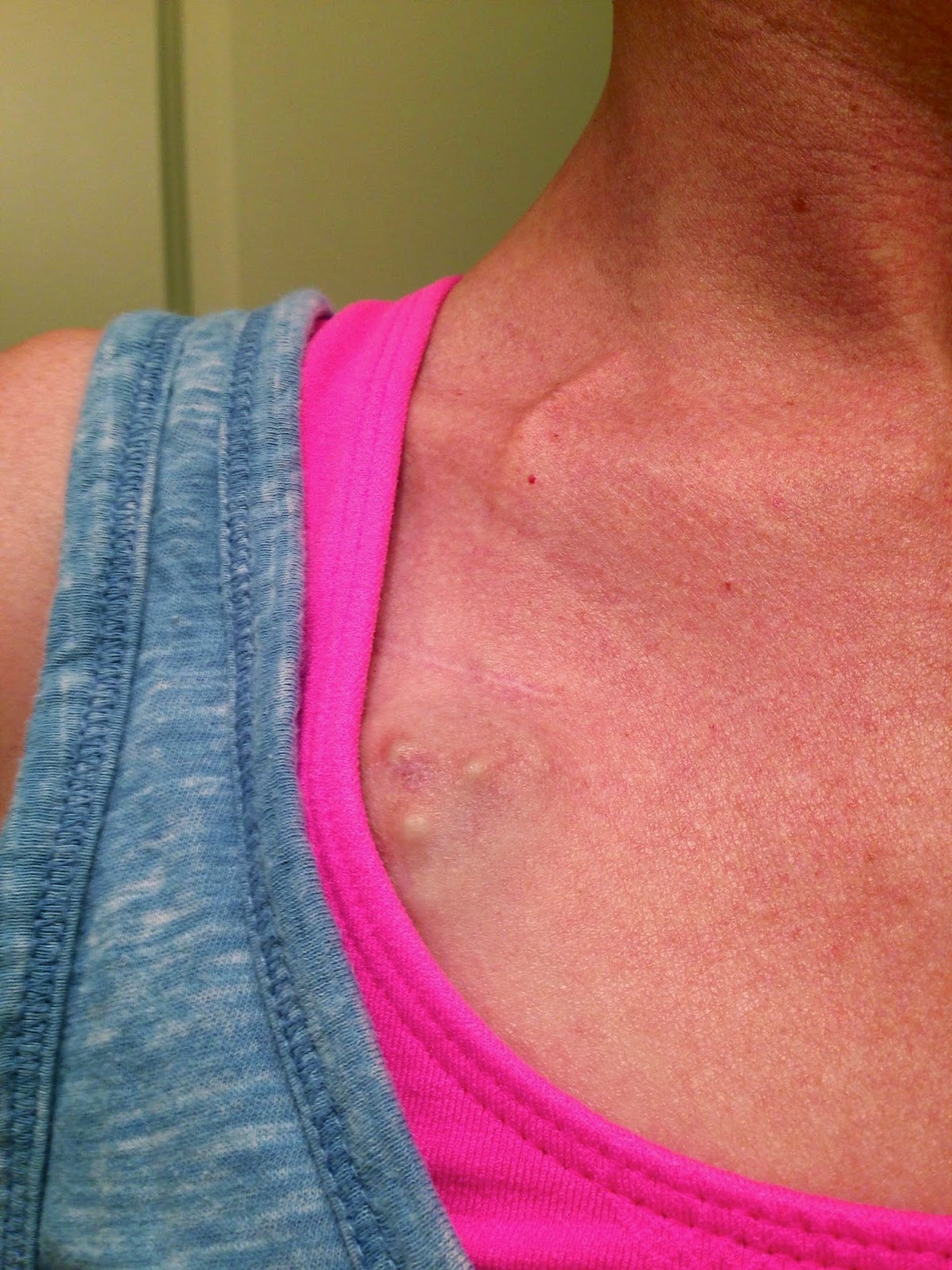 It's staring right at you, so feel free to stare right back. 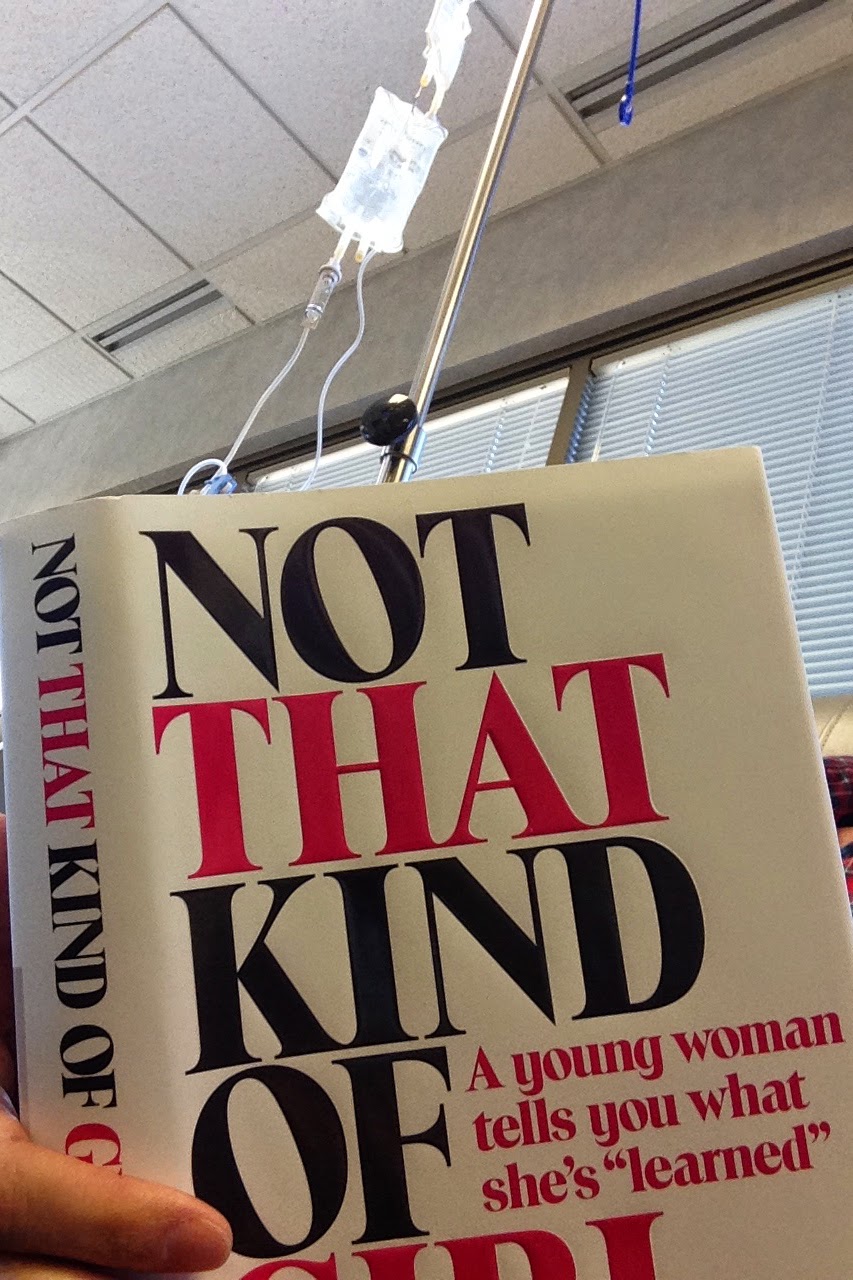 Just a girl, some chemo drip-drip-dripping, and a new memoir-of-the-week.
Dreamed up by Sarah DeBord at 3:45 PM 5 comments: