Shawna is Going to LIVESTRONG

I got the most amazing email from Shawna the other day. It was amazing in what she had to say, but also amazing in that she had decided to run the Shamrock Half Marathon. She read my blog abount Mom's Gotta Run and took up my running mantra: "Run because you CAN, and think about those that CAN'T."

OK, I just made that up. Not that thought, but that it's my "running mantra." I'm not worthy of a mantra. Mantras are for the cool kids who run sub 8 minutes miles. I, on the other hand, sing vintage Disney tunes and I skip along while obsessively staring at my Garmin.

Because of the last minute decision, all the normal spots for the race were sold out. It actually sold out before Christmas, because clearly all those cool kids I just mentioned are running it. The only option left was to sign up for a charity spot and like that it was a done deal for her. She would agree to raise money for a cause and in return she'd be granted one of those last remaining places in the corrals on that cold March morning. 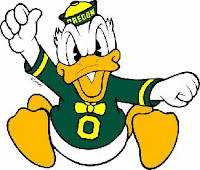 Being the Oregonian that she so proudly is, this girl loves her some Nike almost much as she loves those Ducks. So it made perfect sense to pick LIVESTRONG as her charity of choice. What a perfect merger of yellows.

So because I CAN'T and she CAN, she's going to run the half marathon for Team LIVESTRONG, run with my colon as inspiration, run in memory of those dear to her that cancer has taken and run for those dear to her who still fight the battle. And she's going to do it as fashionably as one can in LIVESTRONG gear. Because when you're running 13.1 miles, you have to look good.

Consider a donation and get one step closer to Lance. This girl gets up at 5am in temperatures that keep ice cream from melting to train. That alone is worth some love. Or a subscription to Vanity Fair.

Click here to read more of Shawna's story and donate to Team LIVESTRONG. 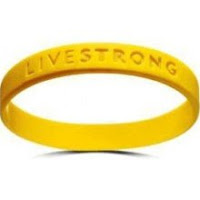